Darood And Issaq Are Not Arabs

Forum rules
This General Forum is for general discussions from daily chitchat to more serious discussions among Somalinet Forums members. Please do not use it as your Personal Message center (PM). If you want to contact a particular person or a group of people, please use the PM feature. If you want to contact the moderators, pls PM them. If you insist leaving a public message for the mods or other members, it will be deleted.
Locked
302 posts
OUR SPONSOR: LOGIN TO HIDE 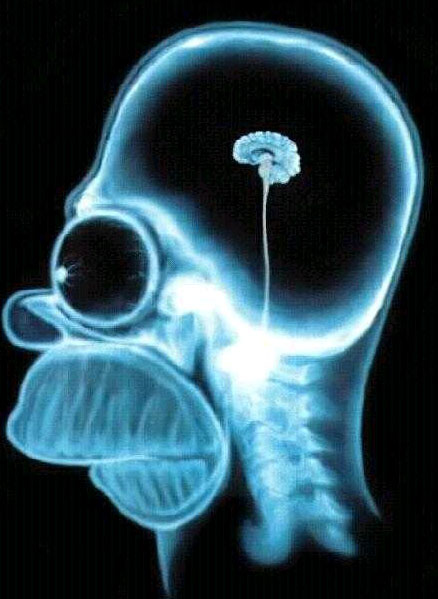 At least do your homework..
Top

you can say my DNA is 20% swedish iyo blah blah

learn the difference you ignorant kalluun

He is not reply worthy
Top

the guy is hilarious

Slife cant get enough of me...

Yahans living in Dubai discussing DNA my lo'jir your idle time is worth a few dhirhams serving shaah on the block.. Head to work son.

20% of one type of Y chromosome, how many fathers does he have lol

K2 E3b1 are both found in the highest numbers in africa, its highest among somalis and fulanis, its also present in coastal areas in outside of africa, for example its present in oman and in limited area in iran, thomas jefferson was k2. Anyways this marker and e3b1b was likely spread from the red sea coast.

Ky, as a typical suufyani darood we expect nothing but hate for the ahlul bayt, what awaits u in this world is humilation for u have set ur bar too high and pinned ur hope in envy and. What u deserve in the hereafter. Keep crying ur an arab as if its something special, but the only thing we ask is to support ur claim, its given that a suufyani is given to wickedness and inclined to lying so if u post genetic marker how are we able to confirm it? In anycase, what is the point join a project group under a surname or tribe to FIND YOUR ORIGIN and resist obsession with isaq origin.

When I see an isaaq occupying himself with who someone else accept in academic sense, I suspect there Isaqness. When I see a suufyani darood not obsessed with Isaq origins I suspect there suufyaniness. This topic itself is a case in point, why lump two clans together if ur curious evaluate each on its own merit.
Top

ky2008 wrote:We, Taruds are and were full members of the arab people.We have to be proud of being from the family of the Prophet and the off spring of his cousin Aqeel ibn Abitalib.We have lot to gain from being arabs than from being blacks or Africans.

You must be one of those really dark Darood niggas. I mean seriously the only Somali niggas I ever see try to believe in this Arab myth are the really black and ugly ones of us.

Only weak minded fools wanna deny their people in favor of hairy animals who don't give a damn about them and call us abid's as well.

So what if he is dark, what U going to do about it?It dont matter how dark a Somali is because here in the west all black Africans roll togather

and the darker they are the more hard core,so thats better.

They are my dark Somali brothers that will kill all U half mixed devils if a wars breaks out, so stay in ur place
Top

^^^^i know ur not frm uganda.....but anyway where in uganda are u from

Somalis are part of humanity and you and yours are part of our livestock. God gave us dominion over animals including some two-legged type (you).
Top

Those guys pics you posted are not even dark, thats typical somali skin colour.
Top

Voltage wrote:But because of the relatively recent age of these Y-DNA (understand we are in the year 2009 since Jesus' Death and the whole Bantu languages are less than 2,000years old, meaning during Jesus time they were one language

), it really cannot be said whether Somalia is the original location of "Mankind".

Bull shiit,the bantu population are the first an oldest people on earth.

We gave birth to all of African people and from there they spread out.

Somalis are just our lost children that have been brainwashed by Arabs.

And the only reason SOmalis have a different look(DNA type) compared to other Africans is because of inbreeding.

Its the clan system they follow,any time a group of people isolate themsleves from others and have sex with relitives, they get this certain look about them.

SO thats the only reason U race tratiors look a little different than my black African brothers and sisters.But seriously, stop have sex with cousins/family members becuase that stuff is sick and backwards.

1. First humans were Bushmen. They have the oldest DNA haploid group.

2. Bantus and Cushtic speaking population diverted from the Bushmen around the same time. So in essence we're brothers who are sons of the original African (the bushmen).

4. Somalis look no different than the rest of the peoples of the Horn of Africa.

5. Somalis are native Africans and have black skin. There is some admixture in the population, hence some individual with lighter skin tones, but the rest of the features are pretty uniform in the population which lead to a origin within Africa rather than outside Africa.


I've clearly stated I don't believe in any genetic notion of race. It doesn't exist because if we used genetic race then not only would Somalis not be African, but the negritos of Papau New Guinea would be considered Chinese. And the Jarawa of the Andamese Islands would be Indian. Pretty stupid if you ask me since they are all black skinned people. The only form of "race" that exists is the social construction of race which is now used in our world for social, political, and economic power.

In that case, Somalis are BLACK. Just like the blacks in Africa, America, Europe, Pacific Islands, etc.

We are all BLACK because we face similar racism and obstacles to being treated equally in a world dominated by white people.

Wrong, the first humans on earth were bantus,

Cushtic,bushmen,oromos and all other groups came from us(The bantus)

we are the oldest group of people in the world and we breed like rabbits.

and thats not including my dark bantu brothers in north Africa,

because nobody can stop us from breeding.

To say the bushman was the first man is to say Adam was http://www.easyvigour.net.nz/fitness/pBushman.jpg

And that is unacceptable for (us) Somalis.
Top

But here in the west those somali men are considers dark and white people will look at them no different than a any other blac African.

In the west if U are darker than this guy than you are considerd dark/black no matter what U say.
http://blogs.bet.com/entertainment/what ... 00_400.jpg

Now he is considerd black in the west and most Somalis are darker than him.
Top

But here in the west those somali men are considers dark and white people will look at them no different than a any other blac African.

In the west if U are darker than this guy than you are considerd dark/black no matter what U say.
http://blogs.bet.com/entertainment/what ... 00_400.jpg

Now he is considerd black in the west and most Somalis are darker than him.

skin colour and race are not the same you imbecile, your basing all your arguments on skin colour