Forum rules
This General Forum is for general discussions from daily chitchat to more serious discussions among Somalinet Forums members. Please do not use it as your Personal Message center (PM). If you want to contact a particular person or a group of people, please use the PM feature. If you want to contact the moderators, pls PM them. If you insist leaving a public message for the mods or other members, it will be deleted.
Locked
19 posts
OUR SPONSOR: LOGIN TO HIDE

First he couldn't take baledxawo, then he took it but would only hold it for hours, then a few days, then when alshabab attacked they took the city and won, but when they were beaten to a pulp hijacking cars to take their wounded to the nearest hospital and their soldiers walking into town. Then it was he wasn't even their in the city but some dir and rahanweyne were incharge, and he was really in house arrest in dollow, now when he with draws his troops to a spot 5km away from the city, he is quicker than a cheetah.

keep it up guys, you guys are worse than republicans trying to take down Obama

. According to my sources he can and has twice defeated Shabaab but Barre's strategy is very much dependent on the Bay and Bakool group making a breakthrough from the Bakool border as well as the finalization of the Kenyan trained troops, who are suffering logistical problems at the 11th hour. He will be back, as soon as the Kenyan trained troops have neared the border of Ceel-Waaq, or Ceel-qaalow in Kenya. This is estimated to be in two-four weeks time of which the next time, the fight will not stop at a single city but spread south to the Indian Ocean.Also, I find it rather amusing Barre's most ardent admirers on this froum seem to be those from Hargeisa and Boosaaso, two groups whom this affair neither concerns.
Top 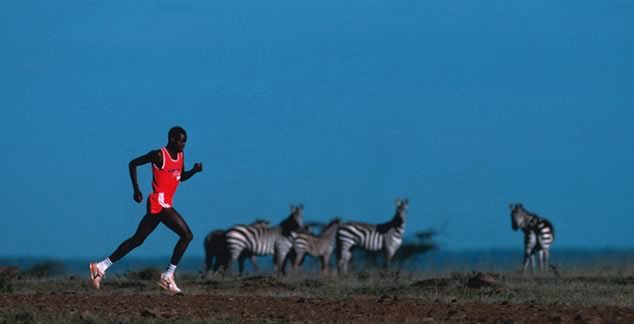 the zebra is sayin "dat mofaka is fast

Users browsing this forum: No registered users and 57 guests