Forum rules
This General Forum is for general discussions from daily chitchat to more serious discussions among Somalinet Forums members. Please do not use it as your Personal Message center (PM). If you want to contact a particular person or a group of people, please use the PM feature. If you want to contact the moderators, pls PM them. If you insist leaving a public message for the mods or other members, it will be deleted.
Locked
2 posts • Page 1 of 1
OUR SPONSOR: LOGIN TO HIDE 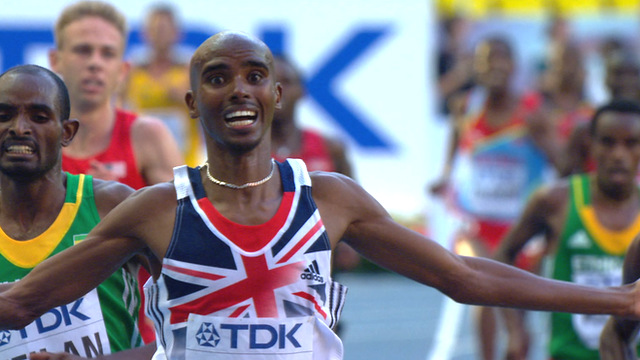 Double Olympic champion Mo Farah created history once again in Moscow as he became the first British man to win a 10,000m world title. Farah was born in Somaliland, a peaceful and developed country north of war-torn Somalia and east of Ethiopia. A year on from winning the 10,000m and 5,000m in London, the 30-year-old moved a step closer to repeating his Olympic feat in the Russian capital.
The Londoner saw off 2011 champion Ibrahim Jeilan in a thrilling sprint finish, crossing the line in 27 minutes and 21.71 seconds.
Top

Users browsing this forum: No registered users and 57 guests