Forum rules
This General Forum is for general discussions from daily chitchat to more serious discussions among Somalinet Forums members. Please do not use it as your Personal Message center (PM). If you want to contact a particular person or a group of people, please use the PM feature. If you want to contact the moderators, pls PM them. If you insist leaving a public message for the mods or other members, it will be deleted.
Post Reply
55 posts
OUR SPONSOR: LOGIN TO HIDE 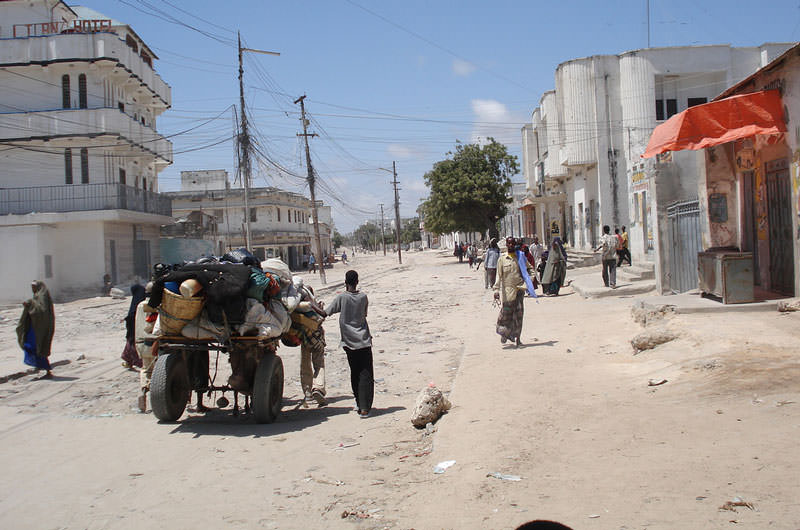 loool @ this stupid qaldaan. He said light years ahead. Not 5 years. Addis Ababa has only better infrastructure thanks to the chinese and their peace in the city. Mogadishu will takeover Addis Ababa in one decade inshallah.


ps. Don't embarrass yourself. Keep the hopeless Hargeisa away from this thread.

It is true Addis Abeba is the one of the stinkiest cities in the world. I mean how do you explain the 2 rivers of of xaar (shit) and kaadi (urine) that are running in that city. From the Ahmed Gurey battles to the Ogaden war to the current struggles waged by the ONLF, Ethiopians have developed a culture where they don't go to bathroom at night, believing that Somali jinn is going to catch up with them at night. As soon as the sun sets, every Ethiopian stays in his room and shits or urinates in a cup in his room. The smell will kill you if you go nowhere near them. If you don't believe me, ask the people who used to be in Addis Abeba. Keep in mind, Somali territories are not included.

One fact remains also and that is Mogadishu will overtake Addis Abeba in a decade if peace continues!
Last edited by gegiroor on Tue May 12, 2015 11:55 am, edited 1 time in total.
Top

Mogadishu,Somalia ( suffering from instability and terrorism)

It's not hard to guess which country has better future.

Some of the images from Mogadishu: The issue here is not whether Addis is good or not but how this thread was framed. Every body knows Addis is a big shanty town but that is a topic for an other day.
Top

Addis Ababa: A city stuck in the Dark Ages

It seems many tourists and journalists are complaining Addis Ababa is becoming unbearable to visit. And it's not only the regime's draconian repression or its misguided policies to blame, either. It appears the city residents have adopted a culture of prejudice and rude behavior towards visitors, too.

Recently, Nick Ashdown, a journalist and photographer working in Addis Ababa, tweeted a number of complaints about Addis. Among them that bothered him the most was the electricity and water — two basic components needed to govern a city — have been out for three and two days, respectively.

Since Nick lives and works in Addis, it is understandable this "Ferengi" (white visitor) would seek a companion. However, his descriptions of walking around with an Ethiopian ("Habesha") woman in the city is eerily similar to how black men dating white women were treated in 1920s United States. Among other names, Addis residents called his girlfriend a "[deleted]" and a "traitor".

Due to the failed economic policies of the opressive regime, one out of twelve women in Addis (150,000) have turned to prostitution; a staggering figure that has dubbed Addis the "Bangkok of Africa". Yet, according to Nick, even these ladies of the night are treated better than an Ethiopian woman seen with a white man.

Nick, who formerly lived in Russia for two years, concludes his complaints on Twitter by comparing Addis' citizens' rudeness to Moscow's residents, which according to him, is "the meanest city on Earth."


@feey244 @NatnaSocial @Hewete I lived in Moscow for 2 years. Possibly the meanest city on Earth. Addis reminds me of there.
— Nick Ashdown (@Nick_Ashdown) August 24, 2013

By US State Department,

ETHIOPIA is a source and, to a lesser extent, destination and transit country for men, women, and children who are subjected to forced labor and sex trafficking. Girls from Ethiopia’s rural areas are exploited in domestic servitude and, less frequently, prostitution within the country, while boys are subjected to forced labor in traditional weaving, herding, guarding, and street vending.

The central market in Addis Ababa is home to the largest collection of brothels in Africa, with girls as young as 8-years-old in prostitution in these establishments.

Ethiopian girls are forced into domestic servitude and prostitution outside of Ethiopia, primarily in Djibouti, South Sudan, and in the Middle East.

Ethiopian boys are subjected to forced labor in Djibouti as shop assistants, errand boys, domestic workers, thieves, and street beggars. Young people from Ethiopia’s vast rural areas are aggressively recruited with promises of a better life and are likely targeted because of the demand for cheap domestic labor in the Middle East.

Many young Ethiopians transit through Djibouti, Egypt, Somalia, Sudan, or Yemen as they emigrate seeking work in the Middle East; some become stranded and exploited in these transit countries, and are subjected to detention, extortion, and severe abuses—some of which include forced labor and sex trafficking—while en route to their final destinations.

Young women are subjected to domestic servitude throughout the Middle East, as well as in Sudan and South Sudan. Many Ethiopian women working in domestic service in the Middle East face severe abuses, including physical and sexual assault, denial of salary, sleep deprivation, withholding of passports, confinement, and even murder.

Ethiopian women are sometimes exploited in the sex trade after migrating for labor purposes—particularly in brothels, mining camps, and near oil fields in Sudan and South Sudan—or after fleeing abusive employers in the Middle East. Low-skilled Ethiopian men and boys migrate to Saudi Arabia, the Gulf States, and other African nations, where some are subjected to forced labor.

In October 2013, the Ethiopian government banned overseas labor recruitment. Preceding the ban, Ministry of Labor and Social Affairs (MOLSA) officials reported that up to 1,500 Ethiopians departed daily as part of the legal migration process. Officials estimated this likely represented only 30 to 40 percent of those migrating for work; the remaining 60 to 70 percent were smuggled with the facilitation of illegal brokers. Brokers serve as the primary recruiters in rural areas.

Over 400 employment agencies were licensed to recruit Ethiopians for work abroad; however, government officials acknowledged many to be involved in both legal and illegal recruitment, leading to the government’s ban on labor export. Following the ban, irregular labor migration through Sudan is believed to have increased. Eritreans residing in Ethiopia-based refugee camps, some of whom voluntarily migrate out of the camps, and others who are lured or abducted from the camps, face situations of human trafficking in Sudan and Egypt’s Sinai Peninsula.

Since November 2013, the Saudi Arabian government has deported over 163,000 Ethiopians, including over 94,000 men working mostly in the construction sector and over 8,000 children working in cattle herding and domestic service; international organizations and Ethiopian officials believe thousands were likely trafficking victims. Many migrants reported not having repaid debts to those who smuggled them to Saudi Arabia, rendering some of them at risk for re-trafficking.

The Government of Ethiopia does not fully comply with the minimum standards for the elimination of trafficking; however, it is making significant efforts to do so. The Federal High Court convicted 106 traffickers and worked with international partners to shelter and provide emergency care to trafficking victims.

In 2013, following an influx of trafficking victims returning to Ethiopia, the government recognized problems with its oversight of Ethiopian-based employment agencies, which were failing to protect workers sent overseas. In response, the government temporarily banned labor recruitment and began to revise the relevant employment proclamation to ensure improved oversight of these agencies and better protection of its citizens while working abroad. The government facilitated the return of thousands of Ethiopians, including many likely trafficking victims, deported from Saudi Arabia and elsewhere during the reporting period, and coordinated with NGOs and international organizations to provide services to the returning migrants. The government relied on NGOs to provide direct assistance to both internal and transnational trafficking victims and did not provide financial or in-kind support to such organizations. The government did not deploy labor attachés or improve the availability of protective services offered by its overseas diplomatic missions. The absence of government-organized trainings in 2013 was a concern.

The government also did not effectively address child prostitution and other forms of internal trafficking through law enforcement, protection, or prevention efforts. It did not report on the number of victims it identified in 2013.

You all wanna hear something dirty ?
Well , I don't do this anymore but , there was a time where I lived with other people so to speak { housemates} and one of my buddies couldn't understand why I was taking 3 or 4 showers on my day off without ever going out .

About Ethiopia , it is another top down society , they call it order , white man likes it

Users browsing this forum: No registered users and 20 guests