China, Oil and Ethnic Cleansing in Horn of Africa

China, Oil and Ethnic Cleansing in Horn of Africa 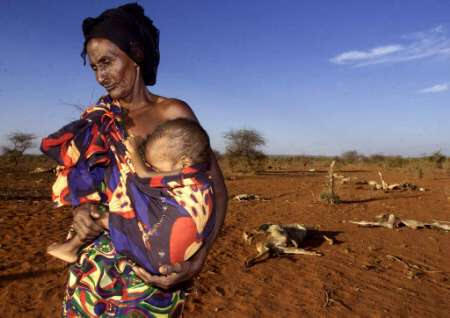 Chinese oil workers once again seem to be at the center of a nasty counterinsurgency in the Horn of Africa, in the Ogaden, located in south east Ethiopia.

The Ogaden is home to what is reported to be major deposits of gas and oil, though as in South Sudan, just how much is actually there is still just guess work.

In the 1960’s Western oil companies started finding lots of natural gas and maybe even oil in the region.

Then came various wars and then the US invasion of Somalia in 1992-3 and all the murder and mayhem this little war unleashed amongst the Somali people. So the western Big Oil mafia has stayed away.

By the beginning of the new millennium China had begun developing the Sudanese oil fields in the Abeye region and an oil pipeline to Port Sudan on the Red Sea. Shortly thereafter the Chinese began taking a hard look at next door Ethiopia and the enormous potential of the Ogaden gas and oil deposits.

Thus began the story of how China came to the Horn of Africa looking for oil and found itself in the midst of trouble.
To develop the Ogaden energy resources China had to get into bed with a strong contender for the most hated man in Africa, Ethiopian Prime Minister Meles Zenawi.

Meles for his part has always been hemorrhaging hard currency, as much as 75% of such available, paying for imported fuel of which Ethiopia, a country of 80 million or so, has been completely dependent on.

Recently there have been reports that the Sudanese oil fields in Abeye have seen a decline in production and may see a major decline over the next decade.

The hard fact is that the Sudanese oil fields are China’s only majority owned and controlled oil or gas fields in Africa and their exhaustion leaves China with a big hole in its African strategic interests in energy reserves.

With the possibility of major gas and oil deposits next door in the Ogaden located in south east Ethiopia, China has bitten at the bait and what has been happening seems to be the only really serious mistake China has been making in Africa.

The Ogaden is home to the thousands strong Ogaden National Liberation Front who have been fighting a genocidal occupation by the Ethiopian military.


The occupation of the Ogaden has long been a major thorn in the side of the Ethiopian ethnic minority regimes that have ruled Ethiopia for the past century or more.

The Ogaden was once part of what was the Land of the Somalis and it was only the work of the western colonialists who have separated the Somali people into “ethiopians”, “kenyans”, “djiboutians” and Somalis.
Historically the Somali people, and amongst the Ogadenis live every major clan or sub-clan found in Somalia, are fiercely nationalistic (as strange as this may seem today).

Somali’s are known as loving their independence and as skilled fighters, brave and courageous. Historically only a few have dared to pick a fight with them.

Today’s Somalis are the only nationality in Africa who share a common culture, identity and language having done so for many centuries.

It was only the military superiority of both the British and Italians that divided Somalia.

In 1977, Somali President Siad Barre nearly succeeded in reuniting the Somali people of the Ogaden with Somalia proper, invading the Ogaden and destroying the Ethiopian army only to see the Soviet Union fly in tens of thousands of Cuban troops with heavy armor, crush the Somali army and bring Siad Barre’s adventurism to its end.

With the last decade seeing an Ethiopian scorched earth campaign, with paramilitary death squads enforcing a food and medical aid blockade during the worst drought in 60 years, and now ethnic cleansing, the crimes committed against the Ogaden people remain unknown to most of the world.

In 2007 matters blew up, literally, when a Chinese oil exploration crew and their Ethiopian military bodyguards were attacked by fighters from the ONLF with a half a dozen Chinese nationals amongst the hundred or more Ethiopian soldiers killed in the attack.

Since then the Chinese have been much lower key about their plans to continue energy exploitation in the Ogaden.

2011 saw reports of Chinese oil company personnel in Ethiopian army uniforms doing exploration work back where all the trouble broke out in 2007 and once again in the midst of fighting with the ONLF.

Now we are receiving gruesome reports that an ethnic cleansing campaign against the Ogadenis living in the Chinese oil exploration license area is being carried out by the Ethiopian army.

The army arrives in an area and begins to arrest or kill all the adult males, forcing all the men to flee into the surrounding countryside for days at a time, returning to find their homes burnt and even their children eaten by hyenas.

The question is, will the name of the Chinese owned oil company “Petronas” come to be one hated by tens of millions of Horn of Africans? Like it already is amongst the Somali people of the Ogaden? Only time, and good sense by the Chinese, will tell.

The ONLF could use this to their advantage ... think south-sudan ...

Petronas is a Malaysian company.
Top

You hate the truth.

In 1996, Petronas entered the aromatics market by way of a joint venture that created Aromatics Malaysia Sdn Bhd. It also formed a contract with China National Offshore Oil Corporation and Chevron Overseas Petroleum Ltd. to begin exploration of block 02/31 of the Liaodong Bay area in China.

Will you share you oil with south somalia walaal?
Top

Nope, Petronas is drilling those areas, not China, not Chevron. Petronas has joint ventures for other areas they are drilling but not Western Somalia. Prove me wrong bro.
Top

Nope, Petronas is drilling those areas, not China, not Chevron. Petronas has joint ventures for other areas they are drilling but not Western Somalia. Prove me wrong bro.


The Ministry of Mines yesterday awarded the Calub and Hilala natural gas fields and eight exploration blocks found in the Ogaden basin to a Chinese oil and gas company, PetroTrans Company, according to the Ethiopian Reporter.

Sikinesh Ejigu, minister of Mines and chairman of PetroTrans, Mr. John Chin, signed a petroleum development agreement and four exploration and production sharing agreements at the Sheraton Addis. The petroleum development agreement will enable PetroTrans to develop the natural gas reserves in the Calub and Hilala localities found in the Somali Regional State. The gas fields, which have an estimated reserve of four TCF (trillion cubic feet), are found 1200 km south east of Addis Ababa.

The gas fields as well as all the exploration blocks were previously held by the Malaysian oil and gas giant Petronas. The ministry floated all Petronas’s concessions in Ethiopia except the Gambella block, found in west Ethiopia near the Sudanese border. An independent petroleum expert told The Reporter that all the blocks held by Petronas are promising for oil and gas discovery.

PetroTrans Company Ltd. Was established in 1997. Founded by Mr. John Chin, it has been mainly involved in the Upstream Oil & Gas Industry, as well as Oil & Gas financing and leasing.

The seven local and international oil companies shortlisted by the ministry bought the bid document and four of them submitted their technical and financial proposals to the ministry. The companies that returned the bid documents were PetroTrans, South West Energy Ltd, an Ethiopian oil and gas company, Cobramar of Seychelles and National Oil Company (NOC), a local petroleum which has a chain of fuel stations across the nation. NOC was established by the Ethiopian-born Saudi billionaire, Sheik Mohammed Hussien Ali Alamoudi.

The ministry said the best proposals were submitted by PetroTrans. According to the ministry, the company will pay the Ethiopian government an upfront payment of USD 130 million and will invest up to four billion dollars on the gas development project. “When you compare the proposals of PetroTrans with the proposals offered by the other companies it is incomparable. PetroTrans’s proposal by far exceeds that of the others,” Sinkenesh said at the signing ceremony.

John Chin said that his company is committed to develop the proven gas reserves and discover new oil and gas reserves. “We have discovered oil in Sudan, Chad and Nigeria. We want to do the same here,” he told The Reporter. He said ten years ago his company built a 600-km oil pipeline from Port Sudan to Khartoum in less than ten months. “Two years ago we built 8300 kms of pipeline in China in less than two years. Once we get into a commitment we are very serious and we do it quickly,” He said. The company hopes to finalise the project within 30 months. “A study has to be undertaken to determine where to build the gas treatment plant. We also have to conduct a survey to identify the route of the pipeline,” Chin said.

PetroTrans has been working with two renowned Chinese oil companies – SinoPec International and CNPC. The gas pipeline construction work will be given to either of the two, a company executive told The Reporter.

Will you share you oil with south somalia walaal?

THE TUUG-FG WILL GET A PERCENTAGE OF THE OIL MONEY, BUT THATS NOT THE POINT. THE OIL IS DRILLED IN PUNTLAND ONLY WITH APPROVAL FROM ELDERS AND RESIDENTS OF THE OIL SITES. NOT SOUTH OF GALKACYO OR WESTERN SANAAG.
DID THE PEOPLE OF OGADEN/SOMALI-GALBEED, WHO ARE BEING MAIMED, RAPED, AND MURDERED BY ETHIO-HIV/AIDS TROOPS, HAVE ANY SAY IN THE SL-OG PIPELINE?
Top

Will you share you oil with south somalia walaal?

Petrotrans is a completely different company.

I just noticed lol, sound the same though

Users browsing this forum: No registered users and 14 guests