Is Somalia industrialised, how do we benefit, no how have we benefited ?
Stop backtracking now, at least i've educated you as to why Somalia can not be compared to places like Italy or even Bosnia due to geographical and cultural denominators with a 'millennia' of developments.
Iron ore, limestone, tin etc etc, you just don't get it do you sxb ? 65% of Somali lands is nomadic people the other 20% are hardly educated or of below working age etc, there will not be a industrial revolution for a long time. 80% of wealth is from Diaspora.
Somali lands is a racketeering operation fuelled with clanism. The west/Arabs have also encouraged this scenario. Baroque architecture, dams and plants won't be showcasing in the horn for decades.

Either you're really dense or you're just arguing for the sake of it. Your wikipedia knowledge has taught me nothing since I was aware of the silk road since primary school. What has industrialization got to do with the silk route now? You're all over the place. The red sea route was at it's highest and most prosperous during the roman and early islamic period, again what industrialization are you talking about? You seem to be muddling up different eras and timelines. As usual mrntion somaliland for no reason. Go back to wikipedia.
Top

I happen to agree with starkast on this, LIQUIDHYDROGEN you gotta admit when you realise that you have lost an argument.

Starkast argues that the location of that bosnian town gives your argument an unfair advantage.

The message behind eddy murphy's 80's movie 'trading places' springs to my mind. 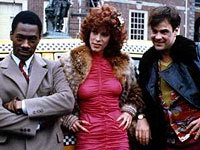 you can never compare an isolated town in a warzone region inhabited by a civilisation that has had the bear minimum contact with other civilisations. Now dont get me wrong, I am not making excuses for the lack of progress for somali cities. However, you cant compare a european town with a town in the horn of africa the same way you cant compare a kid from an extremely poor family to a kid born in a family with long list of historical line of wealthy relatives...


Hydro you lost this argument sxb admit it and move on or be a lousy looser and keep at it..
Top

Wake up and smell the coffee, these are accepted explanations regarding the developing worlds,underdevelopment ! let alone Somalia's. There is little point arguing till kingdom come, that retard mod would probably lock the thread anyway.
whitehartlane its difficult by nature for Somalis to accept being corrected. I understand, thats another reason why Somalia has fallen i.e stalemate between beesha hawiye and darood for hegemony. We must move past this 'duopoly'. Buts thats for another topic.
If you didn't know Somali lands = land of Somali/xidiga. 'Somaliland' proper = British invention.
Top

Kid we moved on... isaaq moved on, why dont you as a hawiye kindly move on without moving on other people's lands

From now on those who exhibit secessionist thoughts would be classed as a house negro/deviant/innovator.

Wake up and smell the coffee, these are accepted explanations regarding the developing worlds,underdevelopment ! let alone Somalia's. There is little point arguing till kingdom come, that retard mod would probably lock the thread anyway.
whitehartlane its difficult by nature for Somalis to accept being corrected. I understand, thats another reason why Somalia has fallen i.e stalemate between beesha hawiye and darood for hegemony. We must move past this 'duopoly'. Buts thats for another topic.
If you didn't know Somali lands = land of Somali/xidiga. 'Somaliland' proper = British invention.


Firstly, the Silk road (roughly 3rd Century BC to 13th Century CE) Had nothing to do with bosnia nor the Ottoman empire because both did not exist during that period. If we were talking about Venice, or Portugal or the Netherlands you would have a point because they were traditionally maritime merchantile nations.

Secondly, let's say that Bosnia was along the silk route. How does that make the situation change? Somalia was and is still located in the most important shipping corridor before the modern era. The locations of Zeila, Berbera, Bosaso and Mogadishu are thousands of years old, pre-dating Islam because the ancient inhabitants realised the importance due to the proximity to India, Arabia, Egypt and the Mediterranean. Also you argue that Somalia had no resources and so wouldn't be able to build their nation. I've showed that is a lie and in fact Somalia's resources dwarf Bosnia's.

But let's say Somalia doesn't have any resources, for argument's sake. Neither did Japan, South Korea and Taiwan and they are modern economic powerhouses. I remember there was somebody on this board who was arguing that the reason Britain became powerful and rich was because it had no resources and so had to conquer other people to get it. I find there are a lot of problems with that theory and your saying the oppposite. You can't have your cake and eat it. Either Somalia is poor and isolated and that's the reason it's a shithole but then neither do Holland, Portugal, Spain, France, Britain, Japan and every other nation that has conquered and colonised the world. Or Somalia has resources and never felt the need to develop industries and thus build cities, colonise nations etc. but then there are countless nations that are prosperous and have resources.

All in all, there is no excuse you can hide behind. The somali people are a major failure.
Top

I agree 200% with LiquidHYDROGEN. The only thing more despicable and foolish than being lowly, and unaccomplished is When You do not at least own up to and acknowledge it. Somalis are in a pathetic situation and they really do not have any excuse for it. Nothing will change until We at least acknowlege it.
Top

In Hindisght it was a crime, for Me not to be Djibouti, 1st, 2nd and 3rd on this list, MashaAllah. Closest thing Somalis will probably ever have to a modern city. No denying that Djibouti is the most infrastructurally sound and modern Somali city but it's so small.

This is an aerial photo from the airport to Hotel Kempinski and the foreign missions quarter at the end tip. That's like half the city in that photo.