A Native American man criticized protesters at an Arizona rally against illegal immigration, calling them the real “illegals” for invading his country and killing Native Americans when Europeans first settled on US soil.
“You’re all f*cking illegal. You’re all illegal,” the Native American man yelled at the protesters, who had gathered in Tucson, Arizona to demonstrate their opposition to illegal immigration by Central and South Americans. “We didn’t invite none of you here. We’re the only native Americans here.”
Some have applauded the man for pointing out the protesters’ hypocrisy, who at one point immigrated to the US themselves or are descendants of immigrants. The Native American man, who was pushing his baby through town in a stroller, staged his own protest when he came across the rally.
“Get on with your bogus arguments. We’re the only legal ones here,” he yelled.
One protester was caught standing near the angry Native American and became the target of his criticism. The man was carrying a small American flag and a sign that read, “We should have put that sign up when you sons-of-bitches came.”
Pointing towards the American flag held by the protester, the Native American said that it “represents blood spilled by Native Americans, protecting this land from the invaders.”
“You don’t want to hear the God damn truth!” he yelled. “Get on, bitch! All the Native Americans you killed, you plant your houses here. That’s the truth.”
With Arizona’s proximity to the Mexican border, it has long been a hub for anti-immigration protests and initiatives. The state passed the “Support Our Law Enforcement and Safe Neighborhoods Act” in 2010, which is a strict anti-illegal immigration measure that has stimulated significant controversy. The law made it a misdemeanor crime for an “alien” to be in the state of Arizona without carrying registration documents. It also allows law enforcement officers to stop any individual that they suspect of being an illegal immigrant, thereby promoting racial profiling. It also imposes heavy penalties on those involved in sheltering or hiring unregistered aliens.
The law’s controversial provisions were blocked by the US Department of Justice, but the Supreme Court in 2012 ruled to uphold the “show me your papers” provision allowing law enforcement to stop anyone who looks like an illegal immigrant.
But the Native American man who staged his own protest at the rally considers it hypocritical for Americans to criticize others for immigrating into the US when everyone but Native Americans at one point did so themselves.
“That’s what [the American] flag stands for – all the Native Americans you killed to plant your houses here,” he said. “That’s the truth.”
http://rt.com/usa/news/native-american- ... n-man-500/

the irony of white americans complaining about immigrants
Top

Ironic indeed. North America belongs to the Native Indians, the white people are immigrants just like Pablo which arrived 2 days ago. The only difference is that one has been here a bit longer.
Top

insha'allah guul to those were wronged 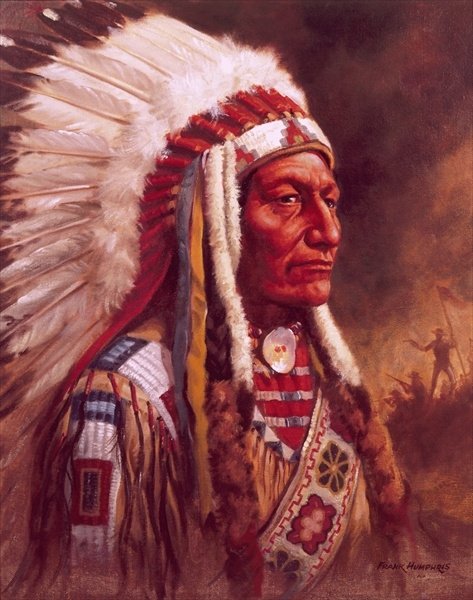 this world would be a lot better place if everyone went back to their own damn countries - all yanks, canucks, latinos/latinas, aussies, kiwis and afrikaners should go back to europe; all new immigrants in europe and america would then go back to africa and asia (Including myself

It was the Europeans who founded the United States and, therefore, it is of course their creation and property. Indians possibly existed on the land surface before they met their superiors who pushed them out and built things on the land area that they could only dream of. Fighting for survival, freedom and independence, it is whats important, You are only entitled to what you can defend with your blood and sweat and the indians got conquered, thats just the way nature works..... The same way North Africa belongs to the arabs after the muslim conquest of it.

To be honest, i can understand the white americans way of thinking, I wouldn't like seeing illegal adoons walking on the streets of Hargeisa for example....

in 1970th it was about 80% white majorty in U.S
It is often said that the United States is a multicultural country, but entire 1900s the U.S was a white country, with little puddles of adoons and spics, but today they are swarming over with illegals etc. Anyway, i dont care, Just saying.
Top

Lool come to canada, the natives say the same shit but they are all 70% white now, because of white admixture

there are no true blooded indians/natives left they all mixed with white folks, including america

why are they all named john,joe etc. you think they'd remember pochahontus etc.

it's for their white ancestry hahaha

they lost their language religion culture etc, they are worse then jews
Top

The same way North Africa belongs to the arabs after the muslim conquest of it.
.


an interesting fact is that North africa is having an ethnic revolution, Tuaregs are the first to rebel agaisnt madows and arabs.

I believe the berbers will be next

the arabs will have to go back to yemen, will sudan be next??or are they too brainwashed???

if you look at the conquest of north africa, they were made muslim...then arabized

it was kinda of sad, the arabs wanted to destroy them and take their land even after they became muslim like dude wtf? they are muslim now chilllll..

now they are taking back their lands!
I support them! but how did al shbaab get their wtf? all terror groups should be banned from africa, they are ruining a good movement,

The same way North Africa belongs to the arabs after the muslim conquest of it.
.

the arabs will have to go back to yemen, will sudan be next??or are they too brainwashed???
/quote]
Sudan are to brainwashed for sure, i agree with what u said earlier, i also support the berbers to find back to their roots.
Top

The irony of white americans complaining about immigrants indeed.

Although this also means that I'm an illegal...

People in the West need perspective when they speak so vehemently against immigrants or different cultures.
Top

this world would be a lot better place if everyone went back to their own damn countries - all yanks, canucks, latinos/latinas, aussies, kiwis and afrikaners should go back to europe; all new immigrants in europe and america would then go back to africa and asia (Including myself

What about the mixed people in the West who do not even know where their ancestors are from?
Top
Locked
11 posts • Page 1 of 1
OUR SPONSOR: LOGIN TO HIDE

Users browsing this forum: No registered users and 1 guest