Somalia no longer a failed state

Somalia no longer a failed state

Somalia is no longer a failed state but a recovering fragile country, the top UN official for war-torn Somalia has said.

In the last three years the country has stabilised but there is still a lot of work to do, Nicholas Kay, the outgoing representative for the UN Secretary General in Somalia, told The Associated Press.
Beautiful Somali buildings are rising up in a former war zone. It gives me hope
Sada Mire
Read more

“The country in the past two-three years has come together quite significantly. It is both politically stable and developed as well,” he said.

Somalia’s Islamic extremist insurgents, al-Shabab, who are allied with al-Qaida, will not succeed in undermining the progress being made but the prospect of some members shifting allegiance to the Islamic State group is a real concern, Kay said.

Somalia has been torn by decades of conflict since the 1991 ouster of long-time dictator Siad Barre by warlords who then turned on each other. Somalia had transitional administrations from 2004 but it did not have a functioning central government until the 2012 election of President Hassan Sheikh Mohamud.

Somalia’s weak UN-backed government is struggling to rebuild the country but insecurity caused mainly by al-Shabab remains its greatest challenge.

Kay says the political process in Somalia is successful with political leaders of the country engaging in political dialogue and negotiations with each other.

“These are not armed warlords fighting each other on a clan basis,” Kay said. “They are presidents of interim regional administrations who are more willing to sit and talk than use a barrel of a gun. In so, they are contributing to peace in the country, not to the fragmentation of the state as in the old days.”
Advertisement

Kay said the parliamentary and presidential elections that are set for 2016 will take place and he expects leaders to respect the constitutional term limit of four years after they made firm commitments to do so. Somali leaders are currently discussing how elections will be held.

President Mohamud in June had ruled out the possibility of holding a vote with public participation in 2016, citing security challenges stemming from the Islamic insurgency. Opposition parties charge that his government is taking advantage of poor security to extend its mandate through postponement of elections.

In 2012, Somali elders were tasked with naming the parliament since no election could be held, given the state of security around the country.

Somalia’s Parliament then elected a new president. Analysts criticized the system. The International Crisis Group then described the selection of Somali parliamentarians as undemocratic, “with unprecedented levels of political interference, corruption and intimidation.”

“Some elders allegedly nominated uneducated and objectionable individuals, some sold seats to highest bidders, and others even nominated their own family members,” the International Crisis Group said then.

Al-Shabab was forced out of their strongholds, including Mogadishu, the capital, by African Union troops and Somali forces, but the insurgents still carry out attacks. Lately, the Islamic extremists have been targeting hotels where government officials and Somalis from the diaspora looking to invest in the country congregate.

Re: Somalia no longer a failed state

pleasant news but still sucks that we are centuries behind our neighbours..,,Our neighbours are uniting 5 countries to form one big country and we are dividing ourselves to form mini states 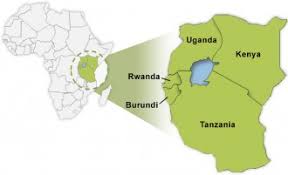 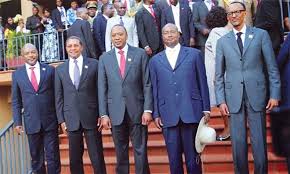 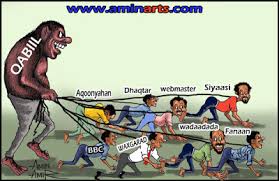 Re: Somalia no longer a failed state

pleasant news but still sucks that we are centuries behind our neighbours..,,Our neighbours are uniting 5 countries to form one big country and we are dividing ourselves to form mini states

We're economically/politically inferior to the so called 'jareer'.

Self sufficiency ;people to be not reliant on foreign aid, feed itself/industrialize the Greater Somali peninsula.

Reconciliation with all of the clans, murderers should be executed irrespective of clan