Warya Balwarama I told you JL was Kenyan buffer zone

Warya Balwarama I told you JL was Kenyan buffer zone 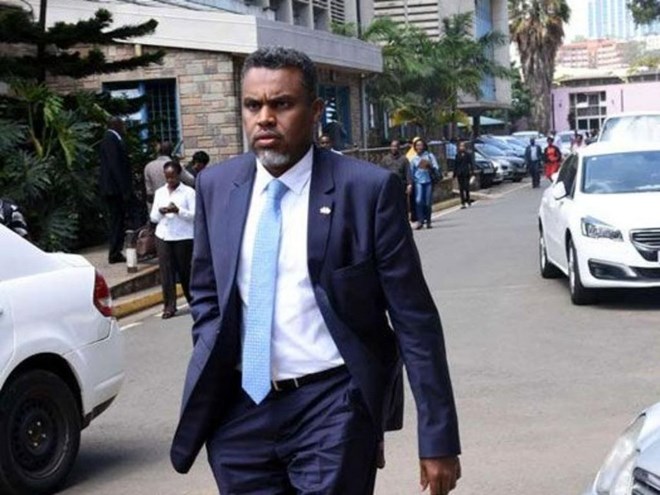 Kenya’s plan to carve out a semi-autonomous region called Jubaland in Somalia had already been finalised as early as 2010.

The final process, which placed Kenya at loggerheads with the Somali government in Mogadishu, took place in January 2013 in Kismayu.

At least 522 delegates were brought in to rubberstamp decisions and formally install the President — former militia leader Sheikh Ahmed Madobe. This process is the highlight of the 19-year career of President Uhuru Kenyatta’s DPP nominee.

Noordin Haji, currently a deputy director of the National Intelligence Service, is the son of Garissa Senator Yusuf Haji, who was Kenya’s Defence minister until April 2013. From 2010 to 2013, Noordin co-chaired the Igad joint committee on stabilisation of Somalia — the Kenya-led process that created Jubaland. Noordin lists his major achievement on his CV as having “successfully established the Jubaland Federal State of Somalia”.

[Statement] Why Noordin Haji wants to be Kenya's DPP

He says this “ensured Kenya’s interest in securing its borders through the creation of buffer zones” across the neighbouring country.

Jubaland stretches along the entire Kenyan border, effectively creating a buffer zone with the rest of Somalia.

But the jury is still out whether this has prevented terrorists from crossing over into Kenya. In September 2013, Kenyans indirectly interacted with Noordin when his brother, Abdul Haji, rescued him and other hostages from terrorists at the Westgate Mall.

Abdul was the man famously photographed rescuing a little white girl in the deserted mall.

Noordin was born on July 3, 1973, in Malindi, Kilifi county. His mother was a high school teacher and his father a powerful provincial commissioner from 1970 to 1997.

“Having been civil servants, my family constantly moved across the country. I began my formative years in school at DEB Nyahururu Primary School, subsequently moving from Standard One to Eight in different schools across the country, Nakuru, Mombasa, Nyeri, Eldoret and Garissa, to name but a few,” Noordin told MPs yesterday during his vetting.

“This exposed me to the rich diversity of our Kenyan cultures, allowing me to appreciate, at an early age, our interdependence as a society.”

He was admitted to Moi High School, Kabarak, and left in 1989. He proceeded to the Greensteads High School in Nakuru for his O-level education. He did his A-level studies at the Bronte College of Canada, and then acquired bachelor’s and master’s law degrees from the University of Wales, UK. He proceeded for a diploma at the Kenya School of Law in 1998. He briefly taught at Moi University.

Re: Warya Balwarama I told you JL was Kenyan buffer zone

the guy saying is a daarood director of kenyan intelligence

,so what if we used kenyan blood and treasure to further our interest.
stick to your hypothetical and theoretical fallacies.
we practise power politics.
are southeren darood not swimming in the indian ocean? are we not a federal state.
we have 2 fully federal states and we have gobbled up the most pristine land in somalia that has great economic and strategic potencial, and you are talking about a darood official justifying sacrificing kenyan boys...dear o dear

Use the wisdom, knowledge, and legwork of other people to further your own cause. Not only will such assistance save you valuable time and energy, it will give you an aura of efficiency and speed. In the end your helpers will be forgotten and you will be remembered. Never do yourself what others can do for you.
The 48 Laws of Power: Law 7