Ethiopia has been secretly constructing the 254 MW Genale-Dawa III hydro power dam for almost four years now. It is now nearing complete and should go live by 2018.

It will construct a second equally 250MW dam (Genale-Dawa IV) on the Jubba (Genale-Dawa) after III is completed. Both Genale Dawa I and II are irrigation projects. Still underway and once reach its full potentials, the land it is irrigating will be leased for commercial farming.

The project include another hydro power project, Genale Dawa Six, which will also provide for an irrigation scheme to the lower Genale basin.
Recently the continental development partner, African Development Bank (AfDB) disclosed that it will consider financing part of the development at the area.

The Genale Dawa River Basin Integrated Resources Development master plan study, financed by AfDB, indicated that the total capital investment required for the 20-30 year planning period is about 3.8 billion dollars. After these projects the Jubba will not be the same.

Shabelle will also welcome a small 88MW dam but nothing serious that's because Shabelle does not carry enough water.
Top

Won't this divert water from the jubba this year ethiopia trying save all its water for its eastern regions.
Top

Somalsi should do like the arabs in the UAE , desalination{ whenever they find the money for it which will only come when they agree to have a country }
Top

This is a Somali forum not Ethiopian
Top

You should care same way Egypt cares about the Nile because after these three projects water in the Jubba will not be the same.

You have to study and know how much the river will drop.

Ethiopia already hired a foreign company to do the study and Somalis have right to get access to that information.
Top

This is a Somali forum not Ethiopian

these dams will blockade the water from jubba and shabelle rivers from flowing into somalia within 5 years time. Those rivers are important to Somalia and many people depends on those waters for survival and livestock in somalia
Top

This was from when Morsi was running the country, the threat isn't as big anymore.


This Jubba dam, although not as big as the one on the Blue nile is scary because the region is drought-prone
Top

Could someone explain that to me?
Top

Could someone explain that to me? 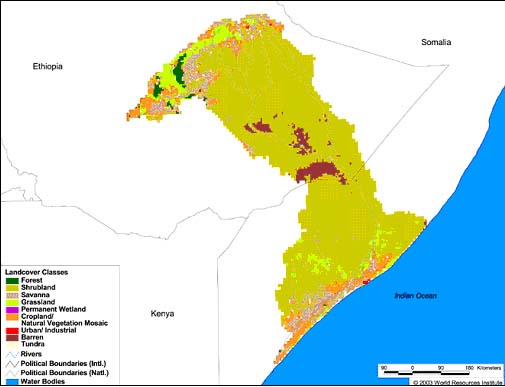 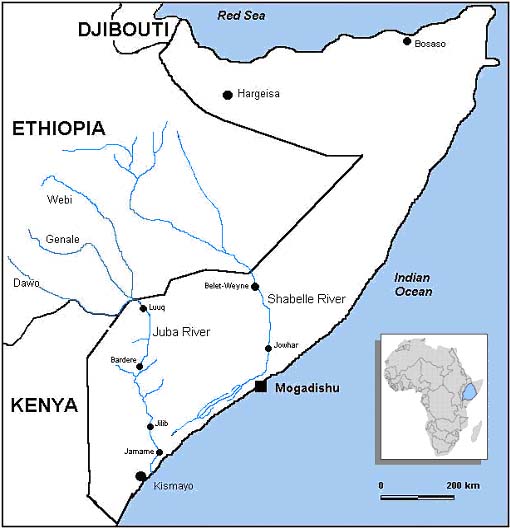 Both rivers drainage base is in Ethiopia. Unless Somalis reconquer Bale mountains (which is given to Oromia) our river source will never be in safe hands.

The rivers are our breadbasket.


The major surface water resources for Somalia are the two perennial rivers, the Juba and Shabelle, both of which flow from Ethiopia to the Indian Ocean, cutting across the southern part of the country. The two rivers experience great seasonal variation in flows but never dry up completely. High flows are experienced during the wet seasons (April-June and September–November), and the rivers occasionally break through the weak embankments and flood the adjacent land. In the dry season river flow volumes are reduced significantly. On average, 186m3/s flow down the Juba River at Luuq (near the Ethiopian border), while on the Shabelle the average flow at Belet Weyne station (also on the border) is only 75m3/s.

A number of seasonal rivers, locally known as togga, exist in Somalia. These rivers flow only during the rainy season, and after heavy storms the flow is often accompanied by flash floods. In the dry seasons, the rivers remain dry, although sub-surface wells can be established in some river beds where the water table is shallow. Surface water collection is also practiced in natural depressions (balley), artificial dams (waro) and man-made cisterns (berkads) for domestic and livestock use. However, many of these sources retain water for a short duration only, and people cannot rely on them for year-round water supply.

Thanks for the explanation sxb.

Btw, I always thought the two rivers started in Somalia and then made their way into Ethiopia, Kenya and Sudan and so on. I guess not.
Top

Once they build these dams, you just watch. Oromos will come down to the lowlands and irrigate vast areas in Soomali-Galbeed and settle for good. Oromo culture dictates first born son inherits all the land, rest have to fetch for themselves. They are at a point where they have run out of land, so they coming for us. This is a strategy of the minority-run regime to placate these hordes.
Top

Once they build these dams, you just watch. Oromos will come down to the lowlands and irrigate vast areas in Soomali-Galbeed and settle for good. Oromo culture dictates first born son inherits all the land, rest have to fetch for themselves. They are at a point where they have run out of land, so they coming for us. This is a strategy of the minority-run regime to placate these hordes.


Well the Ethiopian gov has one scheme with multiple legs and arms in place. It is designed to penetrate and Ethionize as much land as possible from historically regions that had little signs of Addis Ababa's administration footprint.

That scheme is called villagisation.

First they tell nomads to embrace agriculturalism and exchange their livestock for a small field in the village or town.

Main resources are centred there to draw people in.

Once that happens millions of hectares of land become readily available with very little surveillance unlike now.

Right now if any Habesha was to venture into the lowlands of Somalis, Afar, Gambellas---they will be spotted because there is always eyes and ears in the rural area. These indigenous surveillance have no fixed point thus mobile surveillance much like the ever rotating and spinning satellites.

The gov is very well aware of this snd that's why it believes if it can put them in psychological fences such as "farm", "village" or "towns", very few will ever leave their boundaries if none.

After that happens the next phase is to create massive irrigation systems and either lease all these millions of hectares of land or move Habesha and Oromo from the highlands.

The highland isn't as rich as the lowlands. When it rains flash floods wash away all the nutrients, top soil and the water itself down to the lowlands.

The lowlands are virgin and fertiliser free.

The only other option for Habesha and Oromo is to create millions of terraces, bushlands and walls to combat soil erosion, land degradation, soil migration and water run off.

That's far more costly and still means the highland population must be controlled like China.

There are several agencies carrying out scientific research behind the scene such as ATA (agricultural transformation agency), EthioSIS (Ethio Soil Info Sys).

It has already established the leading work in such field in East Africa.

They conceal these visions behind many agencies one would think they are just doing ordinary job.


The soil mapping exercise will involve the collection, analysis, and cataloging of over 100,000 soil samples by multiple teams of soil researchers. The teams will travel to 97 sentinel sites all over the country, collect samples, and transport the soils to federal and regional labs for analysis. From there, Ethiopian scientists will develop soil maps using the most sophisticated techniques available, including soil infrared spectrometry and remote sensing.