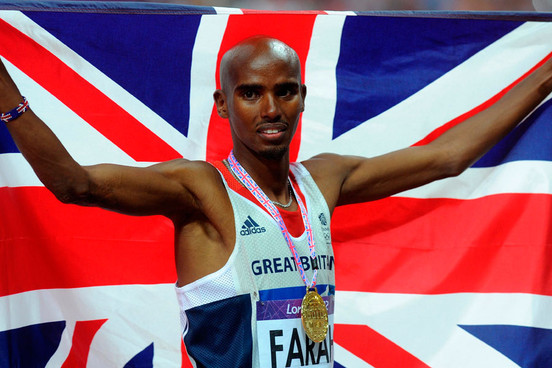 Somalia born British athlete Mohamed "Mo" Farah has withdrawn from Sunday's Diamond League meeting in Birmingham. BBC reported on Sunday that the "emotionally and physically drained" double Olympic champion wants "to go back to the US and seek answers" after a "stressful week" that saw a BBC Investigation allege his coach Alberto Salazar had been involved in doping.

Farah’s coach Salazar strongly denies the claims made by the BBC's Panorama programme. For the first time on Saturday, Farah, 32 spoke publicly about the allegations made in 'catch me if you can' - broadcast on BBC One on Wednesday.

On Sunday Farah, who had been scheduled to run in the 1500m in Birmingham, added: "This week has been very stressful and taken a lot out of me. "I have not been able to focus properly on today's race and after the events of the last few days I feel emotionally and physically drained.

"I want to run well in the World Championships in Beijing (22-30 August) and have decided it is better for me to go back to the US, seek answers to my questions and get back into training. "I apologize to the people who bought tickets to come and watch me race and ask for your understanding at this time."

On Saturday, Farah, who is the reigning Olympic and world champion over 5,000m and 10,000m, said he had spoken the day before with Salazar about the claims, and that the American had told him "it's just allegations". BBC says  Farah insisted he wanted further assurances "as soon as possible".

The BBC investigation alleged that Salazar, who became Farah's coach in 2011, violated anti-doping rules and doped United States 10,000m record holder Galen Rupp in 2002 when the athlete was 16 years old.

Rupp, who would later become Farah's training partner, won Olympic 10,000m silver behind the Briton at London 2012. Rupp also denies the doping claims. Salazar, Rupp and Farah's agent, Ricky Simms, were made aware of the BBC's allegations one month ago. Farah and his agent were together last weekend when he won the 10,000m in Eugene, Oregon.

Mohamed "Mo" Farah, CBE is a British long-distance and middle-distance runner. Born in Somalia, he is the current Olympic, World and European champion in the 5000 metres to 10,000 metres.